Something different this week.

Took the family for some time away and travelled through the week to Cairns in far North Queensland at the top of Australia to see the Great Barrier Reef and the Daintree rainforest. Such a beautiful place. 2 hour plane flight from home. But never got around to it. Costs a fortune of course. Upsets me that I can go to New Zealand much cheaper than see my own country.

One of my bucket list items was to snorkel in the Great Barrier Reef. So just had to do it. Here’s a snap from going through the fish. What a good feeling. Reaching out to touch them. 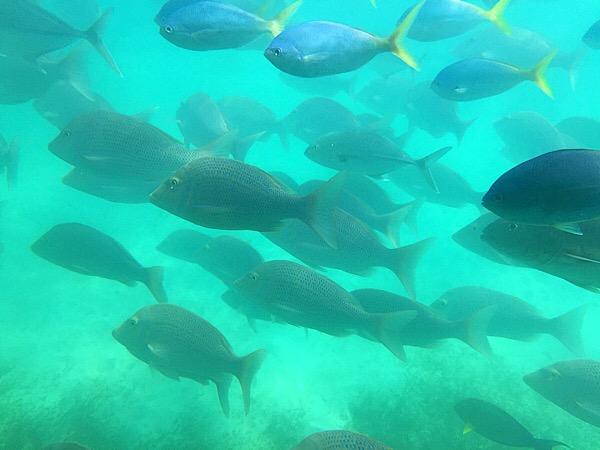 I know why people travel the world to snorkel and dive now. Truly magnificent.

Cairns has a casino but no craps. I went into the casino to check it out. It’s very nice. But had the family with me so no time to play. Didn’t even have time to get a $5 chip as a momento of my travels. Next time.

Back to reality in Brisbane…

Showed up at my usual time at the casino and craps table was closed again. Jeez

Sought out the pit boss again and asked if it’s finally been cut. He said no, they have 2 dealers sick so they can’t open the table.

So it appears that not only do we only have one table that is only open during small windows that we only have a few dealers that can work the table. I’ve counted 6 so far but they have to juggle their shifts around because through the week they deal other games as well.

Perhaps I should become a craps dealer to help them out. Second thought no thanks. It’s a very hard job. I’ve got a mate of mine who was a craps dealer on a cruise ship. Now if I was younger with no family that cruise ship lifestyle doesn’t sound to bad.

Anyway I thought I’ll get some mini baccarat in instead.

I found a computer terminal that had 2 x roulette a sic bo and a mini baccarat running on it.

Could not believe it but it was a $1 machine. Must be my lucky day. All the rest of the terminals I’ve seen have been $10 min.

Put in $100 and started to play. I know Heavy has a baccarat system. But I’ve been wargaming Target 3 play by Seth Theobeau and doing quite well with it.

Had some emails to catch up on so did that in between hands as well as play mini baccarat. The target 3 play is quite simple once you’ve practiced it and there is 30 seconds between hands. And I only bet banker in this session. Just need to keep track of bet size not where to bet.

It’s great to sit down and play instead of standing.

The 50c came from banker 6 hand which pays 1:2 instead of commission on each banker hand.

I’ll put this $1 mini baccarat into my rotation now when the craps table is not available and get my baccarat skills up without risking much money at all. Fantastic.