3V equivalent set, and all sevens set while aiming for the 7.

Another session second week in a row where I was all alone. The dealers were just standing around doing nothing when I showed up.

I had in my head that I was going to concentrate on playing a totally Don’t game if it was just me at the table.

Set a point and then push the seven.

Alas what I thought was a perfect plan didn’t turn out that way.

In order to play purely dark side this way I really think you need to have a strong ability to 7 out early. Something I definitely need to work on.

I did try to play right sight a couple of times once I felt my ability to go dark had left me, with $66 inside, with intent to do 3 hits and then regress to $22 and start pressing from there. That didn’t work either.

My throws from SL-1 were decent. And I found it very strange that a pit boss came over to watch me very intently for over 15 mins. There was no one else at the table, and I was only betting small on DP, with no other bets. I saw no reason for him to be so interested in me. Perhaps it was my recording my rolls in my little notepad? I didn’t let it bother me and kept setting, and then throwing as I had been the whole time. With no one else at the table and also losing and not winning, I felt wronged for having a pit boss scrutinise me.

Playing the DP not even bringing in the DC, the dealers were almost falling asleep.

I put out a stack of chips at one point for some place bets and the dealer didn’t even notice. I patiently waited and it got awkward. He finally realised that he actually had something to do, and was surprised that I was betting the numbers while doing a DP.

In the end my work time constraints kicked in, and the dealers are used to me know saying that I have to go back to work.

While I thoroughly enjoyed myself, having the table all to myself is such a treat, and doing another large session of 147 throws. Which is great for my practice and getting used to the table.

My final take away out of this session, is that I absolutely need more practice. Or really need to look at adjusting my betting instead of going in with a set play in mind and religiously following it when it clearly isn’t working as expected. 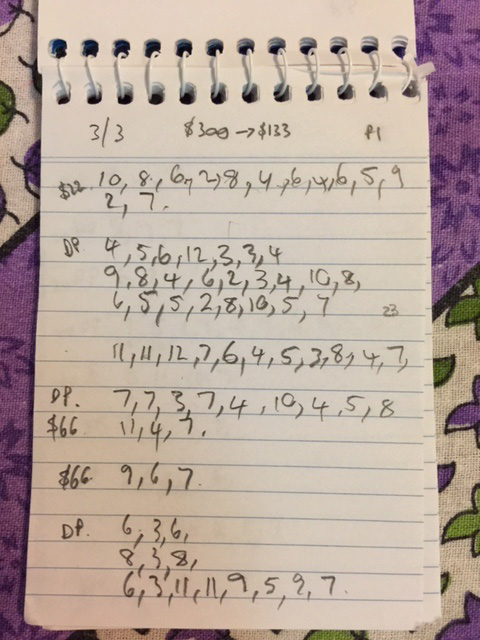 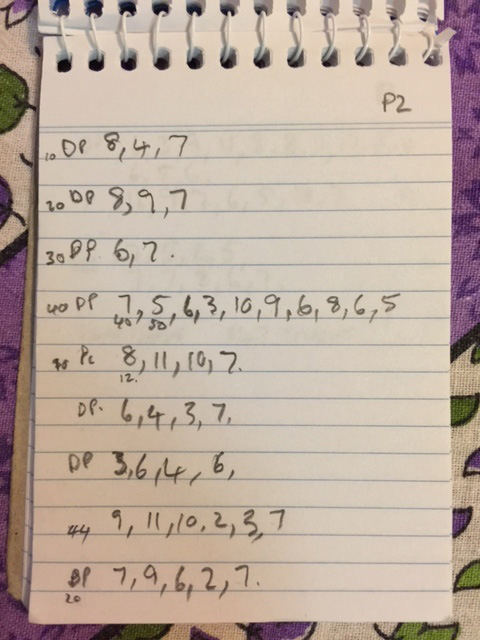 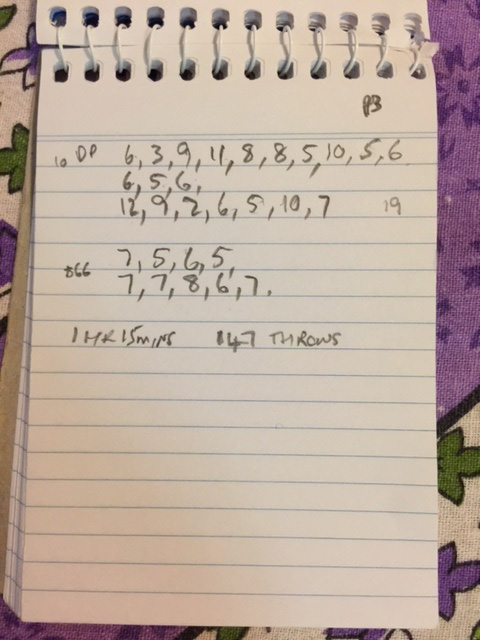 Addendum : I did have a plan to play a particular DP progression, but kept getting lost with it, which is ashame and another thing I need to work on.

After the fact, I can see via my charting, that I would have come out $70 ahead if I had of been able to stick to the plan I had.

These bets are only on the DP every single time. As a solo shooter without a PL or DP the dice don’t move.